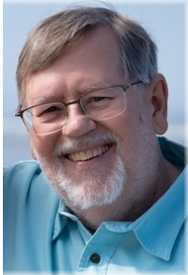 Bryan was born 67 years ago, on March 21, 1954, in Toronto, Ontario, and has been a longtime resident of New Hamburg.

Bryan was predeceased by his father James "Jim" Williamson and father-in-law Bill Dart.

Bryan was a devoted husband, father, grandfather, dog-dad and friend.

He was a longtime mechanical engineer who worked on a range of alternative fuel-powered cars, as well as planes and radar. He counted among his proudest professional accomplishments working with the Big Four automotive companies in Detroit.

In lieu of flowers, and as expressions of sympathy, donations to the Covenant House or the Centre for Healing and Hope would be greatly appreciated by the family.