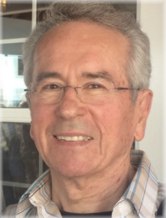 GEILICH, Nicholas - It is with great sadness that we announce the passing of Nicolai on Friday October 15th, 2021, with his wife by his side.

In his 80 years, he had influenced so many lives. Nicolai’s charisma, kindness, sense of humour and intelligence could be felt by all who knew him.

Nicholas Serge Geilich was born on June 2nd, 1941 in Bor, Serbia. His parents, Natalie & Serge, were born in Russia and immigrated to Canada when Nicolai was a young boy.

Fondly known as Nicky to his family and friends, he considered himself a citizen of the world. From a sugar beet farm in Alberta when arriving in Canada as a young boy, he went on to achieve two degrees: Juris Doctor of Law and Civil Engineering.

Nicolai travelled the world and lived in many places including New York, London, Hong Kong and Australia. He had an array of interests and talents over the years, some of which included carpentry, running, reading, music, travel, philanthropy, cooking and tango dancing.

Nicolai is survived by his adoring wife Jane, his treasured daughters Natasha and Samira, his favourite son-in-law Greg, and his cherished grandchildren, Alexander, Ethan, and Hannah.

As well as his dear sister Natalie, and his treasured nieces Tammy (husband Paul, children Michael and Andrew) and Vera (husband Rob, children Kate and Matthew). He will be dearly missed by many friends and family members.

Nicolai was diagnosed with Lewy Body dementia 9-years ago and handled his prognosis with bravery and grace. His final week was spent at Hospice Simcoe where he was surrounded by the love of family along with the care and compassion of staff and volunteers.

As an expression of sympathy, donations to Hospice Simcoe or the Alzheimer’s Society would be appreciated by the family.

A Celebration of Nicolai’s Life will take place on November 13th at 2pm EST at Chapel Ridge Funeral Home, Markham.