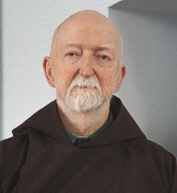 He is survived by his sisters Drucilla Roy and Agnes Westran along with many nieces and nephews, and his Capuchin Franciscan Brothers.

Following ordination Bro Ron taught English and Religion at the Capuchin’s Mount Alverno Minor Seminary ( later Mount Alverno Retreat Centre) near Orangeville. During this time he also served as chaplain to the Irish Christian Brothers in St. John’s. NL and at their novitiate in Mono Mills, ON. During his time in Newfoundland Bro Ron served as chaplain at Brother Edmund Rice Catholic High School and later became the Pastor at Mary, Queen of the World Parish in Mt. Pearl, Newfoundland. Bro Ron was also High School Chaplain with Dufferin Peel Catholic School Board and for a few years also served as the Capuchin’s Vocation Director.

Bro Ron was also very active with the Humber Valley Council 3925 of the Knights of Columbus where he was a 4th Degree Knight, he was an ardent golfer and enjoyed the “down home” music of the Maritimes and could often be found playing the “spoons” in rhythm. He was also a poet, and was awarded the International Poet of Merit Award by the International Society of Poets on November 17th, 2002 for his book, “Poems I Have Seen”.

Bro Ron died peacefully at Providence Health Centre on 23 November 2021. He will be missed by all knew and loved him.

Friends will be received at St. Philip Neri Church, 2100 Jane Street, Toronto on Monday, November 29th from 4-7pm and on Tuesday, November 30th from 11am - 1pm.

A Mass of Christian Burial will be held on Tuesday, November 30th at 1pm at St. Philip Neri Church, 2100 Jane Street. Interment will be held on Wednesday, December 1st at 1pm at Evergreen Cemetery, Blenheim, ON

Peace and All Good, dear friend