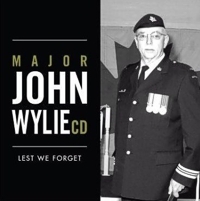 John was born on Milan Street in Toronto on September 19, 1944, to the late John Wylie and Cleopatra Woods.

He will be missed by his daughter-in-law Karen Menard and his brothers and sisters-in-law Cynthia King (Andy), Pamela Craney (Edwin), Diana Clark (Sandy), Donald Clark (Nela) and Clyde Clark (Ava). He was predeceased by his brother-in-law and colleague Ed Wood (EMS City of Toronto).

He will be sadly missed by 7 nephews, 5 nieces, 8 great nephews and 2 great nieces.

John served in the Regular Force of the Canadian Armed Forces (CAF) in the Royal Canadian Corps of Signals for 6 years and was deployed to Egypt as part of the United Nations Emergency Force. He later went on to work with the Primary Reserves and as a member of the Cadet Instructor Cadre for another 12 years. He also worked as a Paramedic for the City of Toronto for 7 years, McDonnell Douglas as a Safety Engineer and Fire Prevention Specialist for 17 years and the City of Toronto as a Fire Inspector for 10 years.

He was an avid boxing fan, having served as a former director and coach with the Cabbagetown Boxing and Youth Club and as a professional referee and judge for the Ontario Athletic Commission. He also enjoyed playing curling and lawn bowling.

He was a member of the Signallers Club of Canada, Metis Nation of Ontario, Royal Canadian Legion Branch 609, Guelph (Peel) Rod and Gun Club and CARP.

In lieu of flowers the family requests that donations be made to the charity of your choice.

Arrangements are entrusted with Andrews funeral home, Brampton. Private services will be held in celebration of John’s life in the future.