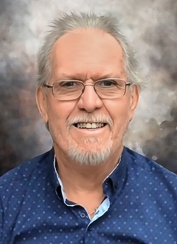 Two and a half years ago, all of our worlds were rocked to hear the news that David had a terminal cancer. He fought valiantly and stoically and lived his life as if he had no cancer at all!

He continued to work as a Private Investigator after he retired from the Toronto Police Service in 2005.

He was often found out on the golf course, in the bowling alley, travelling the world with their closest friends or floating in his pool with the love of his life, Debs. Summers were spent with the whole family setting up campsites with trailers often listening to the Stones, Floyd, Queen or Bruce Springsteen.

Dave, the adoring Husband to the love of his life, Deborah. The hero of a father to Matthew (Samantha), Sarah (Eric), and Devin (Melissa). Poppi to Cameron(Darby), Kaidence, Kennedy, Jack, Phoenix, Hadley, Owen and Cole. Very proud Poppi to Charlotte.

Dad will be missed by many friends including those from the Toronto Police Service, 32 division, Guns and Gangs, his MKD family and Klatt Investigations.

But, if dad could spend every waking moment watching his grand babies grow, he would.

He had the most fulfilled life and leaves with no regrets. His wings were ready but our hearts were not…

In Lieu of flowers, a donation in honour of our hero to the Cholangiocarcinoma.org would be greatly appreciated.