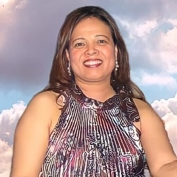 She courageously underwent different medical procedures related and caused by her kidney disease for almost 2 decades. A mighty woman indeed!

Josie was born on April 5, 1967 to Estalita and Juan Capuno. She is survived by her husband Joel Rodriguez, 2 sons Kerbie Jay Rodriguez and Kurt John Rodriguez along with her two sisters Josefina Policarpio and Erlinda Aguilar.

Josie migrated in Canada from the Philippines in 1991. Her longest job was then at the Metropolitan Hotel located in downtown Toronto ON.

Josie was a loving wife and a mother. She loved dressmaking and gardening. Josie was immensely proud of her family, and leaves behind nothing but beautiful memories.