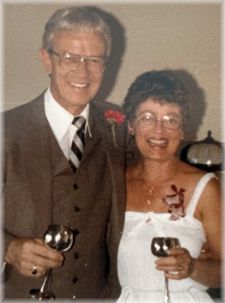 AVITZ, Harold William Harding Zavitz  -   89, passed away peacefully in Markham, on January 4, 2022, with family by his side.

Harold was born in Niagara Falls, Ontario, to Merrill Sheldon Zavitz and Janet Cecilia (nee) McCabe on October 5, 1932. He attended Stamford Collegiate where he met his sweetheart Evelyn (nee) Lair.

Harold and Evie were married in Niagara Falls on June 8, 1957, following his graduation from University of Guelph.

As a dedicated educator, Harold's 30-year career took him from the classroom as an inspirational science teacher and department head to administration as Vice Principal at Markham District High School from 1968-79.

He finished his teaching career as Principal of Thornhill Secondary School from 1980-87.

Harold lived a full life and will be truly missed by so many.

He was the loving husband of Evelyn (deceased April 12, 2008) and is survived by his children Jennifer, Jeff and Laura, Jo, Jacqueline and Mike Middleton.

He was Papa to grandchildren Kyle, Jessie, Luke and Kayla (Walton), Juno (formerly Katie) and Josh (Hicke), and Jordan, Teague and AJ (Zavitz). He was also the Proud Papa of great-grandchildren Davyn, Jackson and Callum (Walton).