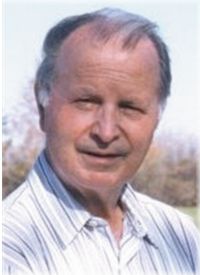 Bill was born in Western Ukraine (at that time under Polish jurisdiction) in the village of Lubkivtsi in the region now known as Ivano-Frankivsk.

His father immigrated to Canada in 1928 with the idea of returning back to Ukraine, but changed his mind because he had a premonition that there would be an imminent war in Europe.

In the summer of 1932, Bill and his mother immigrated to Canada to begin life in Timmins, Ontario, where he obtained his primary and secondary education.

While attending both public and high school, he was active in various sports, and in 1943 he played on a hockey team with the likes of Bill and Alex Barilko, Allen Stanley and Peter Babando, who all later played in NHL hockey teams.

Bill also played in the mandolin orchestra and a trumpet in a military band, as well as in a dance band.

In 1944, the family moved to St. Catharines, Ontario, where he and his father landed a job at a war plant, producing nose cones for artillery shells.

In 1951, Bill graduated from the University of Toronto with a BASc degree in chemical engineering. After graduation he had three distinct careers, his first being as a chemical engineer at Imperial Oil in Montreal East.

The next career was with a cultural educational society - the Association of United Ukrainian Canadians - where he worked as an organizer both in the youth and adult sections.

In this capacity he was able to meet many people throughout Canada. His third career was as a high school teacher at Central Technical School and at CW Jefferys Secondary School teaching science and chemistry, a job that he thoroughly enjoyed.

In 1987, he went into retirement and used the opportunity to do some travelling as well as attending many musicals and dramas.

Bill is remembered with great fondness and affection by his wife, Ann; daughter, Rosanna and her husband, Richard; grandsons, Andrew and Eric; and his nieces, Susan, Lou Ann, and Linda.

He also lives on in the hearts of all his students, and all of the friends he made over the course of his long life.