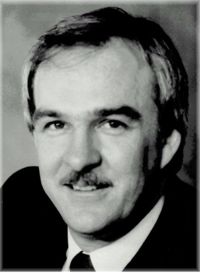 TAYLOR, Richard G.  -  It is with great sadness that we announce the passing of one of Buffalo's most prominent businessmen, Richard G. Taylor. Richard died, Monday, January 17, 2022 in his Orchard Park home at the age of 76 with his most beloved wife, Joyce E. (nee Cwikalowski) Taylor at his side.

Family will be present to receive relatives and friends Friday, January 21st from 3-7 p.m. at the Melvin J. Sliwinski Funerral Home, 5090 Transit Rd., Depew, NY, where funeral services will be held Saturday at 8:45 a.m. and from St. Louis Church at 10 a.m. Interment to follow in Woodlawn Cemetery.

Memorials may be made to the Little Portion Friary, 1305 Main St., Buffalo 14209 or SPCA serving Erie County.