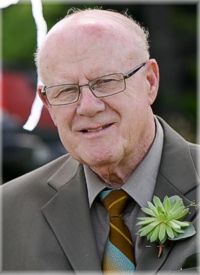 David was predeceased and reunited with his beloved wife of 65 years, Margaret.

David is also survived by his brother Philip (Betty) and predeceased by brother Ian and sister Margaret.

He will be deeply missed and fondly remembered by his nieces, nephews, extended family and all who knew him.

David was a highly regarded musician in Toronto and played trumpet with the likes of Jim Galloway, Peter Appleyard, Frank Bogart, Art Hallman and Johnny Lindon, to mention just a few.

Although well known for his adept ability to play all kinds of music, his first love was jazz, which also saw him play with the Canadian Glen Miller Band, the Wee Big Band, the Jazz Corporation, the Toronto All-Star Jazz Band and in such venues as the Chick'N Deli, Caribbean jazz cruises or the Blue Jays games playing Dixieland.