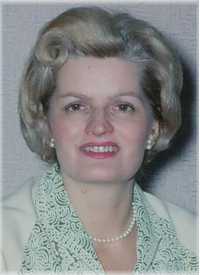 With profound sadness, we announce the passing of Marjory on April 23, 2022, at Sunnybrook Health Sciences Centre.

Marjory was predeceased by her husband, Vernon Kyle.

Marjory attended Havergal College and went on to study at Victoria College, University of Toronto, graduating with a Liberal Arts Degree in 1943.

From there, she worked at the British Embassy in Washington, DC before returning to Toronto to earn a Master's degree in Social Work at the University of Toronto in 1952.

For many years Marjory worked in family counselling before leaving to work at Canada House in London, England. Upon her return to Canada, Marjory embarked upon a career as a travel agent.

It was in Toronto that she met Vernon Kyle, spending almost 43 happy years together until his passing in 2008.

Marjory enjoyed volunteering with the Canadian Opera Woman's Committee and the Woman's Canadian Club of Toronto, and was a longtime member of the Cricket Club, where she enjoyed lawn bowling and bridge.

Marjory had a sharp, quick mind, astounding everyone with her ability to recall specific events and dates over the last 100 years.

Her family will miss her immensely.

A private family service will be held on Saturday, April 30th.