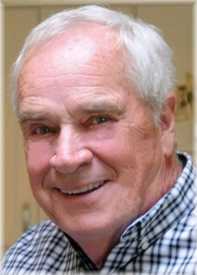 MacTAVISH, Brian Douglas MacTavish  - 75, of Stouffville, ON, passed away in the early hours of a cold, snow-sprinkled morning, on Wednesday, April 27, 2022, at Sunnybrook Hospital, in Toronto.

Born in Sydney, NS, of Ada (nee Langley) and Wilbur MacTavish, on October 11, 1946, Brian was the youngest of five children.

Raised through childhood in Sydney, Brian was educated at Ashby Elementary School, Woodill Junior High School and Sydney Academy, before earning a Certificate of Applied Science from Acadia University and then a Bachelor of Engineering (BE) in Chemical Engineering from Nova Scotia Technical College.

He later worked another four years as President and CEO of CANDU Owners Group.

Brian was a dedicated family man and true friend, an avid reader, a passionate sports fan, a skilled athlete (golf, tennis), and a talented photographer. He will be remembered for his deep voice, his smiling eyes, his inquiring mind, and his warm and welcoming spirit.

He was predeceased by his aforementioned parents; siblings, Anne and Carl; and daughter-in-law, Gagan Sodhi.

A Celebration of Life will be held later this summer in Ontario, at a date to be determined.

In lieu of flowers, Brian's family would welcome donations in his name to the Canadian Cancer Society or The Salvation Army.