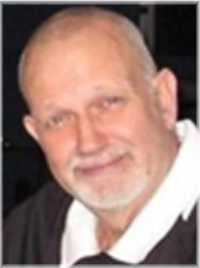 Terrence is survived by his beloved wife of 23 years, Suzanne; his children, Meaghan and Maire; and grandchildren, Kayla, Claire and Kristen.

He leaves behind his brother, Dave, and sister-in-law, Gerda, as well as his baby sister, Janice, and her husband, Dan. Predeceased by his parents, Andrew and Esther; and younger brother, Alan.

Terry's passions were family, all sports throughout his life, and in the latter years, Curling and Golf.

A longtime member of West Hill United Church where he chaired the board and was actively involved in charitable golf tournaments.

In addition to a long career in Retail and many years self-employed as store designer and auto cad expert, he was a part-time teacher at Sheridan College and a Tam Heather learn to curl clinic teacher.

A special thank you to ALS society of Canada, ALS clinic at Sunnybrook hospital and MAidHouse.ca. Services are private at this time. A Celebration of Life will take place in June 2022 for the annual West Hill United Golf Tournament, and in September 2022 at Tam Heather curling club. Dates to follow.

During the last few months of his life, he still had the use of his hands however could not speak so he dedicated some time to creating his memoir.

It can be viewed at: https://terryrepol.wixsite.com.