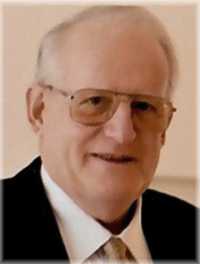 It is with great sadness, that we announce the death of Ian MacLean.

He is survived by his former wife, Ruth MacLean.

He was predeceased by his parents, Jock and Beatrice (Swanson) MacLean; and his sister, Sheila Fachnie (John).

Ian spent his career in the construction industry, starting as a deep-sea diver, progressing to management.

He worked throughout Canada managing large infrastructure projects such as the DEW line in the Northwest Territories, water and wastewater systems in First Nations communities, and multi-span bridges.

Although he played hockey and football in his youth, Ian excelled as a downhill skier, travelling extensively to Europe and the US.

His fondest travels took him to Canada's north to paddle the big rivers of the Nahanni and Tatshenshini.

Formerly from Richmond Hill, Ian spent his retirement at his beloved cottage in Lake of Bays, where he volunteered as a community fire fighter, and would drop everything to fix your broken pump, visit an elderly shut-in, or build you a new dock.

Known for his quick wit and extreme generosity, Ian was a strong, proud and good man.

After a brief illness, he died as he lived, by his own rules. He will be deeply missed and fondly remembered by many.

A Celebration of his Life will be held at his cottage on Dotty Lake.