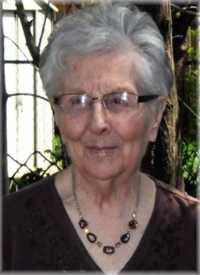 RANKIN, Cassie   - 1929 - 2022  Cassie was born on a farm near Mundare, Alberta, to Anton and Mary Kitlarchuk, and was oldest sister to Peter, Russell and Marcia.

She left Alberta as a young woman to settle in Toronto, where she married Francis (Frank) Rankin.

Cassie was a devoted member of St. Helen's Catholic Parish, and a longtime member of the Catholic Women's League.

Her faith and her family were Cassie's abiding treasures.

The family thanks the attentive medical staff at Toronto Western Hospital and The Salvation Army Toronto Grace Health Centre for their support during Cassie's final journey to her everlasting rest.

If so desired, a donation can be made to the Toronto Grace Hospital or the Heart & Stroke Foundation.