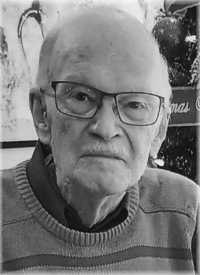 Only son of the late Myrtle Kent and the late Howard Jackson, Kent is survived by cousins in the U.S. and Canada, and many dear and close friends.

After working in Chatham at Walker Stores and in Wallaceburg at Whiteside Interiors he moved to Toronto in 1960, where he became a 25-year Club member of Simpsons Ltd. from where he retired.

He was a long-time member of Bloor Street United Church where he was a 31-year choir member.

An ardent supporter of the Monarchy, he joined the Monarchist League of Canada (Toronto Branch), serving in many capacities, including Chairman.

In recognition of his support, he received the Queen's Jubilee medals in 2002 and 2012 and the Provincial Volunteer Award in 2015.

Since 2014 Kent has been a resident of Christie Gardens, and thanks to all their staff for their kindness and care. A special thanks to his longtime friends and caregivers, Joseph, Gilles and Daniel, for their never-ending care, friendship and support, and to Peter, John, Bill and Des.

As per Kent's wishes, cremation has taken place and a Memorial Service will be held on Sunday, July 17th, at 4:00 p.m. at St. Matthew's United Church at 729 St. Clair Ave. W.  His ashes will be interred with his parents at Pleasant View Cemetery adjacent to Currie's United Church, Road 59 South of Woodstock.