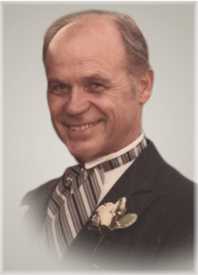 Graduated from Central Technical Institute in Toronto and the University of Toronto, Bachelor of Engineering (Mechanical).

He worked as a professional engineer in Detroit, Pittsburgh and Hamilton.

He later taught mathematics and drafting at Danforth Technical School and Jarvis Collegiate in Toronto.

He was married to Jenny (nee Jezierska) for 65 years until her lamented passing in 2016.

He will be greatly missed by his sons, Tom, Jack, Greg; daughter-in-law, Donna; as well as his grandchildren, Mark, Samantha, Kevin, Nathan, Daniel, Emmet and Timothy.

He was a good and generous man.