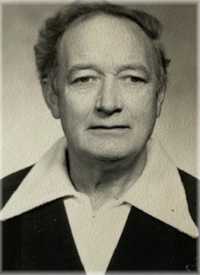 THE LAST OF THE LINE

Peacefully, at Norfinch Community Home on Saturday, November 19, 2022, at the age of 105, Sam went to be with his Lord and Savior Jesus Christ.

Sam was predeceased by his loving wife, Jean (nee Rochleau).

Sam immigrated to Montreal in his early twenties and worked as a draftsman in Poole Company, eventually taking over the company and running it for over 50 years in Montreal until his retirement.

Sam was active in the Peoples Church where he met and married his wife, Jean.

They brought up their two children in Montreal and after Jean's death, moved to Toronto to be closer to his children. In his retirement, Sam pursued his passion in gardening and enjoyed reading and painting.

Sam had the distinction of being the oldest living kidney donor in Canada, after he donated a kidney to his son, John, when he was 75 years of age.

He will be sadly missed by family and friends.

Many thanks to Dora, his caregiver in later years, who took great care of him. Gratitude is extended to the staff at Norfinch Community Care Home, for their care and kindness.

In lieu of flowers, a donation to the Kidney Foundation of Canada, would be appreciated.