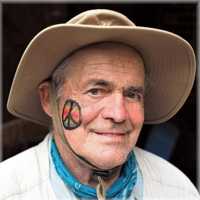 NEVIN, Michael Peter   -  Born in Williamsville, NY, on January 31, 1943, an only child to James Raymond Nevin and Margaret Brinker Drinkwater, Mike Nevin passed away at home, after a brief illness, on November 20, 2022.

Beloved father to Dera Jardine Nevin and Remington Lee Nevin, and a series of adopted cats, including Kingsley.

He is also survived by his former wife and best friend, Loreen Lorna Lee, whom he married on November 20, 1970.

Mike studied at Haverford College, the University of Maryland College Park and, after moving to Toronto in the late 1960s, the Ontario Institute of Studies in Education.

He was a wit, quick with a pun.

A soft-spoken, active listener, Mike was kind and generous and lived his principles and values.

He was a member of the Communist Party of Canada, voted socialist, and was an active union member who worked the line in multiple factories.

Mike was devoted to nuclear disarmament, and served on the Hiroshima Nagasaki Day Coalition.

A longtime resident of the Bain Co-op, Mike exemplified cooperative living, and championed its community library and composting programs.

He received a Dedication Award from the Bhayana Family Foundation in 2013, for his innovations in mid-scale all-season composting.

Mike was a remarkable force of nature, a devoted father, a champion neighbour and citizen, and a great human being.

In lieu of flowers, consider donating to Mike's favorite causes, Foodshare and the Hiroshima Day Coalition.

He would also encourage you to adopt a "used" cat from your local shelter, to recycle, and to support your local arts scene.