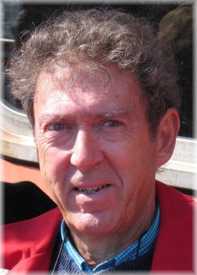 MOSCOE, David   -  David Moscoe passed away peacefully, Friday, January 13, 2023, shortly after his 85th birthday, after a years-long battle with Alzheimer's disease, in the company of close family.

He is survived by his partner of 35 years, Marianne Stinson; his sister, Sheila; his two children, Kara and Daniel; and his sister-in-law, Lea.

He will be dearly missed by them, the entire Stinson family, all his extended family and friends, and the wonderful staff at One Kenton Place, North York, whom we thank sincerely for all their care.

David was born in Kirkland Lake in northern Ontario, and lived his entire adult life in Toronto.

After graduating from the University of Toronto, he was an elementary school teacher, vice principal and principal in Toronto and North York for 37 years, and was much beloved by generations of students, parents, and school staff.

An avid tennis player, golfer, and all-around sportsman and fan, he enjoyed 28 years of retirement doing the things he loved: spending winters in Florida, travelling the world, cooking up storms on his barbecue, cheering on his beloved Toronto sports teams, and playing tennis into his 80s.

There will be no funeral. Instead, there will be a celebration of life ceremony in the spring.