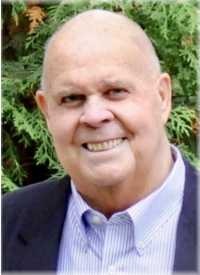 He was a beloved husband to Lorri for nearly 40 years; and father to Emma (Eric) and Haley (Alex).

Born in Montreal, Gordon moved to Toronto in 1955 and later attended Victoria College at University of Toronto.

He was a proud member of the Varsity Blues Football Team and an outstanding athlete.

Gordon was an educator for over 30 years, spending most of his tenure at Weston C.I., where he was a coach and mentor to many. Gord's joy for life was infectious, always offering some quick wit and endless laughs.

The impact of his time as a coach and teacher are still felt to this day.

In lieu of flowers, donations can be made in Gordon Whitaker's name to Sunnybrook Hospital. Gallop off into the sky, Golden Palomino.