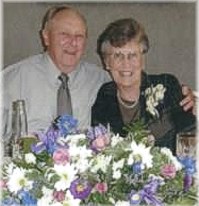 It is with great sadness we announce the passing of Sam.

Born May 8, 1923 in Liverpool, England to Mary Duffy (maiden name) and Samuel Groves.

Adopted and raised by Joseph, Maurice, Edward and May Sullivan.

Died December 17, 2017 at Sunnybrook Health Sciences Centre at the age of 94 after a courageous battle against the Corona Virus surround by his sons.

A veteran of the Canadian Army, Sam served in World War Two as an anti-aircraft gunner stationed in London, England. At the age of 50, Sam quit smoking and began running.

He was a multiple Canadian Masters record holder over 3000, 5000 and 10,000 m. Sam represented Canada at three World Masters Championships in Track and Field; and Cross County.

He will be greatly missed by all those who knew him.

In lieu of flowers, please donate to the Sunnybrook Foundation.