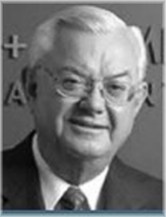 FARNHAM, Ross Frederick  -  It is with much sadness that we announce the passing of Ross, peacefully at home in his 80th year, on June 13, 2018.

Ross will be sadly missed by his sons, Stephen (Julie) and Scott (Jen), his grandchildren, Gregory, David, Isabelle and Sébastien, his brother Ric and his beloved companion of many years, Josie.

Ross was one of the first Chartered Accountants to establish a practice in the town of Cooksville in 1963.

He played an active role in the growth of the young community that eventually became Mississauga and was an early member of the Peel County Social Planning Council, Cooksville Business Men's Association, Lions Club and Cooksville Snowmobile Club.

For almost 50 years, until his retirement in 2011, Ross enjoyed the trust and confidence of many of the community's leading entrepreneurs who appreciated his practical, common sense approach to business and life.

Ross was elected as a Life Member of the Institute of Chartered Accountants of Ontario in recognition of his long and distinguished service to the profession.

As was his wish, there will be a small private family ceremony to celebrate his life. Memorial donations may be made to the Canadian Cancer Society.