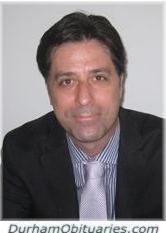 It is with great sadness that we announce the sudden passing of Dr. Barry Zochodne, son of the late Frank and Dorothea Zochodne of Oshawa, brother of Frank, Douglas and Robert, brother-in-law of Anne, Barbara and Kristen.

Barry will be missed by his nieces Leah, Julia, and Brittany and by his nephews Geoff, Brad, William, Stefan, Chris and Nathan.

Barry was an accomplished musician who performed and recorded with his brothers.

We pray that God will treat him as kindly as he treated all who met him.

A private family funeral will be held for Barry.