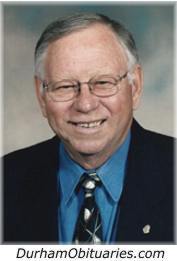 Beloved husband of the late Orma.

Respecting Walter’s wishes there will be no funeral service and his remains will be interred in the spring at South River.

Donations made in memory of Walter to the Alzheimer Society of Durham Region would be appreciated by his family.

A special thanks to the staff of Victoria House for their loving care and support.