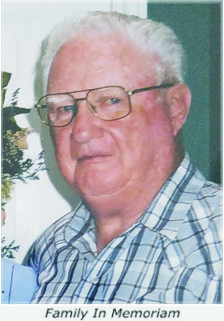 Absent from the body
Present with the Lord

Adopted Grandpa to Kylie, Carrie, and Peter Stenstrom. Great Grandpa and Uncle to many.

Owner and operator of Quantity Surveyors and The Grace Ranch, Alder Flats, Alberta.

In November 1949, Bob accepted Jesus Christ as his Saviour and became a child of God. His life's passion was sharing God's plan of redemption with others.

The family would like to thank friends who have supported and encouraged Dad over the years.

Many thanks to the Staff at Seasons Retirement, Drayton Valley, AB and most recently Good Samaritan Clearwater Centre in Rocky Mountain House, AB for the Tender Loving Care they gave Dad and the support they gave to us as family.

God bless you for your kindness.