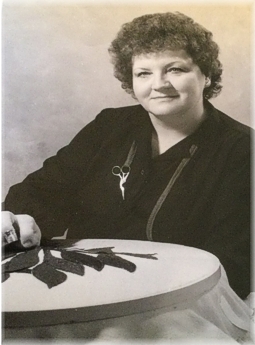 Janet, of Oshawa, passed away peacefully at Case Manor Care Community in Bobcaygeon on July 24, 2021.

Janet enjoyed a rich and varied career as an elementary school teacher, graphic and fibre artist, teacher of the arts and a host and producer of the weekly series “The Imaginal Tree” which examined the creative process at work in the Durham Region on Rogers Cable 10 from 1979–1999.

Janet was honoured over the years for her work as a volunteer.

Janet received the Oshawa YMCA “Woman of Distinction” Award in the Arts category in 1982 for Durham Region.

She was also awarded an Honorary Life Membership in the Oshawa Art Association in 1982.

In 1992, Janet received the Lescarbot Award from the Government of Canada for her support of the Arts.

Janet taught needlelace, quilting, and fabric collage and her work is included in the Robert McLaughlin Gallery Permanent Collection in Oshawa.

Janet was predeceased by her loving husband Gordon Coates in 1993.

She is survived by her brother Jim Dalgleish and his wife Barbara Dalgleish of Bobcaygeon.

Predeceased by her loving parents John Lawrence Dalgleish and May Theresa Dalgleish (Orr) of Willowdale, ON.

Janet’s expressed wish was that there be no funeral and no visitation.

If desired, memorial donations may be made to the Janet Dalgleish Coates Memorial Fund, Oshawa Public Library, 65 Bagot St., Oshawa, ON L1H 1N2.

Words cannot express our gratitude to all the team members who cared for Janet at Case Manor in Bobcaygeon this past year.  We thank you with love for all your gentle, kind and thoughtful care given to Janet every single day.