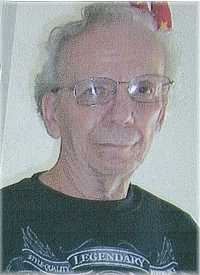 Frank was born on October 26, 1930 in Edinburgh, Scotland and served as a Chief Petty Officer in the British Royal Navy during the Korean War.

The decision was made to emigrate to Canada and the Spring of 1963 saw the young family relocate to Whitby, Ontario.

Frank began working for The City of Oshawa in 1965 and stayed with the Recreation Division until his retirement in 1994.

Hobbies included curling and lawn bowling, travelling and in later years, immersing himself into all the Sports Channels available.

Frank was predeceased in death by his beloved Betty (April 2011) and is survived by his daughter; (Elizabeth) Anne (Dahmer) and his twin sons Ian and Allan (and their families).

Special mention and heartfelt thanks to the following: Frank’s next door neighbour Sharon for all of her help and friendly chats over the years; Debbie McVey for her valued friendship and to Mary Hilton for her unwavering support to Frank and son Ian after Betty’s death.

As per his wishes, cremation will take place.

If desired, memorial donations may be made to the R.S. McLaughlin Regional Cancer Centre.

Online condolences may be shared at  armstrongfh.ca .