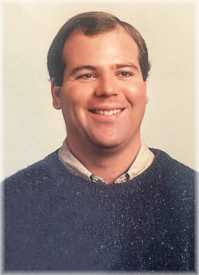 Passed away peacefully at Quinte Bay Hospice surrounded with love.

Richard battled for over 3 years against a persistent cancer and is now reunited with his parents Ronald and Marie Briden.

Richard is survived by his four children Aaron, Evan (Justine), Eric, and Melissa.

Richard is also survived by his grandchildren Keelan (Aaron), Olivia and Penelope (Evan).

After his retirement, Richard wanted to keep busy and help the community.

He got to scratch his compulsive itch for working with his hands by building decks and fences, doing landscaping, and assisted the elderly with their chores not only for clients, but also for friends and family.

Richard loved sports including football, hockey, golf, and is most famously known for his neighborhood backyard rink. Richard loved the outdoors and would often be outside tinkering around or spending time up north on annual camping trips with the kids.

The family kindly asks that in lieu of flowers, donations be made to Hospice Quinte and/or Wounded Warriors of Canada.  Condolences may be offered at etouch.ca .