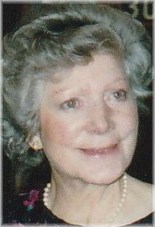 Grace attended Haydon Public School and Enniskillen High School, then moved to Toronto where she studied, lived and worked for 77 years, prior to returning to Bowmanville in 2014.

While in Toronto Grace attended Business School, worked at Toronto General Hospital, then the Ontario Hospital Commission until her retirement in 1985.

While living in Toronto, Grace had the opportunity to serve her country during WWII when she worked for the British Gun Inspection services.

Always a patriotic Canadian and proud of her heritage.

At Grace’s request, there will be no visitation or funeral service.

Donations may be made to a CHARITY of your choice.