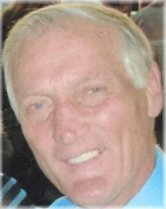 SERJEANTSON, Edward Manley - Passed away on November 12, 2019 at his home in Georgetown, Ontario in his 82nd year.

Edward was born November 19, 1937 in Philadelphia. Son of William and Evelyn Serjeantson. Brother of Agnes, Gladys, and Robert.

Raised in Toronto, he graduated from Waterloo Lutheran (WLU) and McMaster Universities. Taught at King City Secondary for 34 years.

Edward’s life centred on his family, friends, coaching, and teaching career. Edward dedicated his life to athletics, a founding member of the WLU football team, coach of many championship sports teams at King City High School and in the Georgetown Community, as a hockey coach and tennis instructor. His love of sport continued to his last days playing hockey with his friends twice a week.

A vivacious personality, with a zest for life, and passion for knowledge, Edward would never miss a chance to watch his boys or grandchildren’s events, no matter where they were located. The highlight of his year was playing in the annual family hockey tournament with kids and grandchildren.

Friends will be received at the Brampton Funeral Home, Brampton on Saturday, November 16th from 5 - 8pm. A service of Remembrance to take place in the Chapel on Sunday, November, 17th at 4pm.

Donations would be greatly appreciated in Memory of Ed to CASHH (Cancer Assistance Services of Halton Hills) Georgetown.