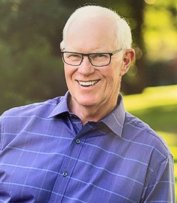 Left with huge holes in their hearts are his loving wife and best friend of 50 years, Lois, his daughter Kimberley (Brian) and his two grandchildren, James and Kyle.

He will be greatly missed by his brothers Gordon (Elaine) and Ross (Judy), his brothers- and sisters-in-law Kenneth (Doreen), Sharon, Brenda (James “Butch”) and Richard (Kathy).

David (aka “The Angel”) will also be greatly missed by the further 55 members of the Prince family and his nieces, nephews and their children from the Wells family.

David was predeceased by his parents Stanley and Murial and his brothers-in-law and sisters-in-law Edwin, Joan and Wayne.

Mirko Bibic, President and CEO of BCE notified the executive leadership of David’s passing, writing: “David was a key player in building Canada’s modern communications industry over the course of a 42-year career, starting at Bell right out of the University of Toronto in 1970. His early years with the company saw him fill a range of leadership positions, including with the Bell team implementing a national telecom network in Saudi Arabia. One of the earliest pioneers of wireless communications, David would go on to join Mobility’s predecessor Bell Cellular in 1985, taking on the roles of Chief Financial Officer, Chief Information Officer and EVP Human Resources in succession and ultimately becoming President and CEO of Canada’s coalition of wireless providers, Mobility Canada, in 1994. Asked by George Cope to join wireless start-up Clearnet in 1996, he helped build it into a fierce competitor that would be acquired by Telus for more than $6 billion just 4 years later. Returning to Bell in 2008, David took on the role of EVP Corporate Services, a key member of the executive team leading the transformation of the company under George Cope. David was instrumental in establishing the high performance culture that is a hallmark of today’s Bell, and played a leading role in the development of Bell Let’s Talk and our workplace mental health program. All while also serving on the boards of Bell Aliant, Bimcor and The Source.”

David retired from Bell in December 2012, giving him more time for his golf game. A student of the game, David happily spent endless hours perfecting his swing both at Miromar Lakes G&CC in Florida and The Weston Golf and Country Club, where he served on the Board for several years. He was excited to take on the role of President at Weston, a position to which he was elected in February 2020, but sadly was only able to occupy for such a short period of time.

He enjoyed nothing more than spending time with family and friends over a glass of wine, regularly hosting large family gatherings celebrating special occasions. He was blessed with a delightful sense of humour which was exceeded only by his generosity towards family and friends. David loved to spoil their beloved dog Barley who will dearly miss his master.

The family offers special thanks to Dr. Paul Freedman.

No public funeral service is planned due to COVID-19 restrictions. A celebration of life will be scheduled at a future time. Arrangements entrusted with Ward funeral home, Weston Chapel.