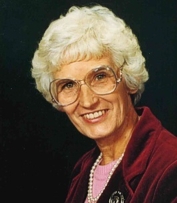 KENNEDY, Marjory Mae (nee Healey) - It is with hearts full of love that we announce the passing of our loving mother and grandmother Marjory Mae Kennedy (nee Healey) on Wednesday September 15, 2021 at the Haldimand War Memorial Hospital in her 101st year.

Marjory will be fondly remembered by her brother Bob Healey of Newfoundland. Marjory is also predeceased by her parents Harley and Pearl Healey (nee. Divine) and many brothers and sisters.

A special thank you to the doctors and staff at the Haldimand War Memorial Hospital for the care and compassion they have shown mom in her final days; we are eternally grateful.

In keeping with Marjory's wishes a small visitation will be held at the Newediuk funeral home, kipling chapel, 2058 Kipling Avenue, Toronto on Tuesday September 21st from 12 p.m. until service time in the funeral home chapel at 1pm. Interment to follow at Glendale Cemetery.

In memorial of Marjory, donations to the Dunnville Hospital & Healthcare Foundation would be greatly appreciated by her family.