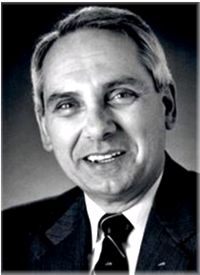 Born in Toronto to John Poulos and Naomi Bray, who died from complications arising from Jim's birth, he grew up in the Parkdale area and attended Fern Avenue Public and Parkdale High School.

As a teen, he loved spending his time playing hockey and DJ'ing dances around Toronto.

Later, his passion for business was sparked and he spent a lifetime starting and working in several businesses, as well as being a very active volunteer, most notably in the Kinsmen.

In 1970, he was named Etobicoke's "most outstanding young man" for this selfless work.

His final position was Executive Vice President of Junior Achievement of Canada.

Jim lost both his mother and his sister at a young age so family meant more to him than anything.

He was endlessly proud of them, always supporting them as they developed their tremendous range of endeavours.

He further showed his devotion and love by being a dedicated and loving caregiver to Grace during the seven years of her illness, prior to passing in 2014. In addition to Debbie, Brad (and Denise), and Glenn (and Alissa), Jim is survived by his direct and blended grandchildren, Stephen, Chelsea, Lori-anne, Mathew, Leslie, Sam, Victoria, Christian, and Owen, as well as six great-grandchildren, Nolan, Zoey, Calvin, Quinn, Dominic (Dom) and Theodore (Teddy).

A Celebration of Life will be held at a future date, hosted by his family who will be present to welcome friends and loved ones.