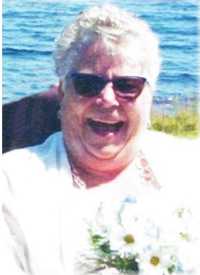 Born in Toronto, she was a daughter of the late Charles Percival and Mary Teresa (Coyle) Waller.

Originally from Ontario, Sharon and her husband Mike fell in love with the Canso area and the people, and decided in the last few years to move there.

Sharon was involved with the Canso Lion's Club, as well as being a 40-year member of The Royal Canadian Legion, lastly being an active member of Branch 46 in Canso.

She was predeceased by her daughter, Tammy (October 2009); sister, Brenda.

A Celebration of Life will be held from 6-8 p.m. on Saturday, May 28th in the Canso Lion's Club.

Burial will take place in Ontario at a later date, with her daughter, Tammy.

Memorial donations in Sharon's memory may be made to charity of one's choice.

Arrangements are under the care of Dennis Haverstock Funeral Home, Canso, NS.