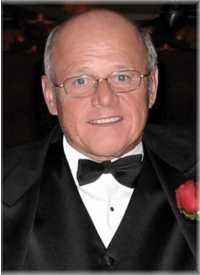 Ian Robert Hume passed away peacefully at home, at the age of 81, on May 9, 2022, surrounded by Sandy, his wife of 57 years, and daughters Stephanie (Michael) Meehan and Lindsey (Kyle) Stanford.

Pop had a profound impact on his family and will be deeply missed by all.

Survived by his sister, Diane (the late John) Ward; nephews, Doug Ward, Mike (Patty) Ward; and niece, Susan (David) Carnaffan, and all of their children.

As a teenager he loved adventure and had a passion for his sports cars and learning to fly planes.

Out of high school he jumped into the business world by opening Ian Hume Footwear in Toronto and then later Markham.

At the age of 75, Ian got his first hole-in-one while in Florida.

Ian was a friend to all, an amazing family man, husband, father and grandfather. His wicked sense of humour, positive outlook, and kind demeanour are all things he has passed along to his children and grandchildren.

His battle with pulmonary fibrosis in recent years showed courage and strength in facing life's challenges with a smile.

Despite the pain, he never lost his sense of humour and stayed positive to the end.

In lieu of flowers, please consider a donation to the Canadian Pulmonary Fibrosis Foundation.

A Celebration of Life to take place at a later date.