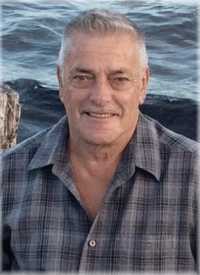 Garfield William Anderson of Toronto, and formerly from Latchford, passed away at the Grace Hospital in Toronto on January 16, 2023, at the age of 74.

He was born in Haileybury, Ontario.

Garfield is survived by his loving husband of twelve years, Bryan Anderson.

He is also survived by his brothers, Ronald (Eric), Brent (Marie) and Perry (Teri); his sister-in-law, Lucille; as well as many nieces, nephews and their families.

He will also be missed by special friends, Ruth, Phillip, Corey and Maxine.

He was predeceased by his parents, Wilbert and Flora (Babe) Anderson; sister, Joy May; and brothers, Wilbert Jr. and Robert.

Cremation has taken place, and a Celebration of Life will be held at a later date.

Garfield was much-loved and will be missed.

He will especially be remembered for his quick wit and tremendous sense of humour.