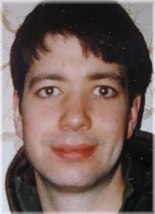 Jon passed away suddenly on April 20, 2018 in Toronto at the age of 60 from coronary artery disease.

He will be sadly missed by his many friends and family.

Jon is survived by his parents Jack and Carol, his children Aaron and Victoria, his siblings Steven, Catherine, Jeffrey, Julianne and Jennifer.

He was predeceased by his wife Laurel.

He graduated from York University with a major in economics and worked at Long & McQuade Musical Instruments for over 30 years. He married Laurel in 1984.

Unfortunately she passed away in 2003. Jon was a major figure in the Toronto music community and touched the lives of many, as a drummer and as a promoter.

A funeral service will be held on Friday, April 27th at 3 p.m. at Grace Church on-the-Hill, 300 Lonsdale Road, followed by a reception in the church hall.