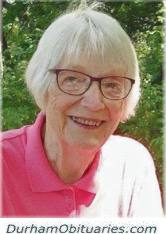 CARR, Miriam Margrethe - Passed away at Lakeridge Health Oshawa on Tuesday December 11th, 2018 at the age of 87.

Caring father of Kevin and predeceased by Kimberly. 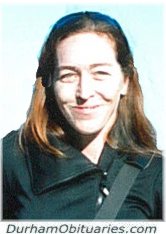 Loving daughter of Diane Scott and the late Kenneth Scott.

Dear brother of Andrew Scott and his wife Marcia of San Francisco.

Michelle will be fondly remembered by her aunts, uncles and extended family.

WILBUR, Carol Wilbur - Peacefully, after a short illness on Monday, December 10, 2018 at the Lakeridge Health Centre in Port Perry, at age 78.

BOURNER, George Eric  -  A member of the British Royal Engineers who served his country in the Korean War.

Passed away peacefully at Lakeridge Health Oshawa on Monday, December 10, 2018 at the age of 83.

ROMANCHUK, John Stephen -  It is with deep sadness and indescribable grief that we announce the passing of our beloved John, on December 10th, 2018 at St. Joseph's Hospice, Thunder Bay, at the age of 65.

For many years to come we will be remembering him as loving husband, father, son, brother, brother-in-law, uncle and friend to all who knew him.

John was born on February 12th, 1953, in Oshawa, Ontario where he was raised and lived for most of his life. John started his career with General Motors in 1978 and remained until his retirement in 2008.

BROWN, May Lillian (Sinclair)  - Passed away peacefully at Fosterbrooke Long Term Care on Sunday, December 9th, 2018 at the age of 99. 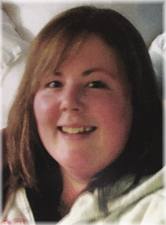 Dear granddaughter of Merlyn and Francis Doble and the late Glenn and Kay Flindall.

BROOKS, Shirley   - Peacefully passed away at Lakeridge Health Bowmanville on Monday December 10, 2018 at the age of 88 years.

LAWRENCE, Marjorie  - In her 97th year, Marjorie, our loving and dearly loved Mum, Grannie, Great Gran, Auntie and Friend left this life peacefully with family by her side.

Born in Portsmouth, England to Edith and Jack Lawrence, she was the second child in a happy family of six children. 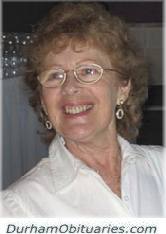 Peacefully passed away at Orchard Villa Long Term Care in Pickering, Ontario on Saturday December 8, 2018, surrounded by family and friends who were at her side in her final days. 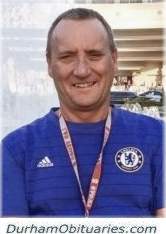 After a brief illness at Lakeridge Health Oshawa on Saturday December 8, 2018 in his 60th year.

ANDERSON, Lennart  - With broken hearts we must say goodbye to our beloved Lennart, our amazing husband and father. Len was born in Dauphin, Manitoba to Anders Sigfrid Anderson and Astrid Carolina Jonsson. 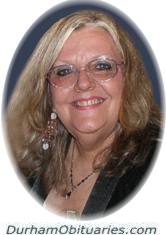 BLACK, Susan - Peacefully passed away Saturday, December 8, 2018 at Toronto General Hospital at the age of 72.

BARRETT, Hazel Eileen (nee Payea)  - It is with great sadness that our family announces the passing of Hazel Barrett on Saturday, December 8, 2018 in Port Perry at the age of 94.

CARLTON, Judith  -  On December 8, 2018, after a short but incredibly brave battle with cancer, Judith departed her earthly life and joined her dad Allan (d. 1995) and sister Alana (d. 1985) for an early Christmas reunion among the angels. 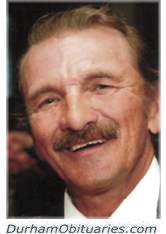 SPRINGER, Randolph William (Randy)  - Passed away at Lakeridge Health Oshawa on Friday December 7th, 2018 at the age of 69.

Much loved father of Natalie Madden and her husband Steve of Brooklin.

Fondly remembered by Christine Springer of Ajax and Donna Heintzman of Lindsay.

Survived by his sister Elaine Primeau of Winnipeg. 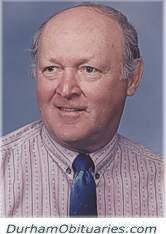 FEENEY, Robert "Bob" Fredrick  - Peacefully at Glen Hill Strathaven with family by his side on Friday December 7th, 2018 at the age of 84.

Beloved husband of Helen for over 60 years.

Loving father of Brian, Karen and her husband Marjan Wozny.

Brother of Gerald (Anne) and predeceased by Dorothy, James, Donald, Thomas and Michael. 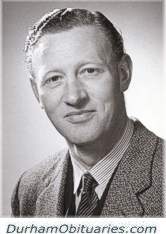 BAIN, Donald “Don”  - Passed away peacefully at Lakeridge Health Oshawa on Friday December 7, 2018, at the age of 93.

Beloved husband of Joyce for 65 years.

A special thank-you to the staff on the 6th floor, G and F wing at Lakeridge Health Oshawa for all their care and compassion.

Bessie Brogan was the beloved wife of Gerhard Schroeder of Beaverton. 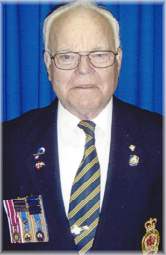 Dave was a veteran and an active contributor to the Royal Canadian Legion Branch #112 for many decades.