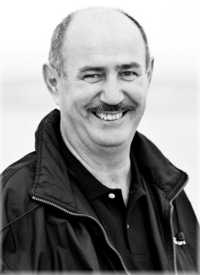 Passed away peacefully in his sleep at Lakeridge Health Oshawa on Tuesday August 23rd, 2022 at the age of 73 years.

Dear brother of Eleni and predeceased by his brother Stefano.

Dear son of the late Methodi and Stephania.

Will be missed by all his nieces, nephews, family and friends. "Dedo Mike" as he preferred to be known (Macedonia for grandfather) was born in a small village in northern Greece.

As a young man he immigrated to Canada to find a better life for himself.

It was there that he meet our Mum who had left Clydebank in similar circumstances.

For those who new him, he was a strong character. Friendly and fiery in equal measures. Never shy and always hard working.

To this day we find it hard to fathom where he found his boundless energy. It was needed for the long shifts at work and ongoing DIY projects. A few of his well known traits, were bestowed on his three sons.

Stewart got his wicked sense of humour, David was the recipient of his cookery skills, and Brian got his dark Mediterranean complexion.

Not a bad deal for us sons. Like many people he was passionate about his family.

His five grandchildren meant the world to him.

His love for them all was apparent to anyone who spoke with him for more than two minutes. He couldn't have been more proud of them all.

They are his legacy. What better way to leave your mark in this world?

As hard as it is to lose someone dear, we know wherever he is, he will be watching over us the way he always did.

Online condolences may be made at  courticefuneralchapel.com .