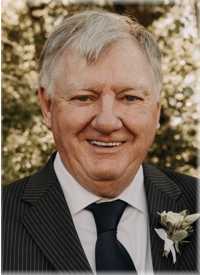 It is with profound sadness that we announce the sudden passing of our beloved husband and father, St. Clair Ellsworth, in his 77th year in Prince Edward Island.

One of eleven siblings, he was born in Charlottetown, Prince Edward Island in 1946.

He attended St. Dunstan’s High School, where he played varsity basketball, and later attended the University of Prince Edward Island.

He married his sweetheart Mary Ann in 1972 and together they travelled to Ontario where he worked for over thirty years for the Canadian Tire Corporation.

A founding member of the St. Vincent de Paul Society in Oshawa, he was a faithful parishioner at St. Gertrude’s Parish for over forty-five years.

Following his retirement, he became an avid woodworker with the Durham Woodworking Club.

A social person, he loved playing cards and will be sorely missed by his friends and family.

If so desired, memorial contributions may be made to St. Vincent de Paul Society of Oshawa.