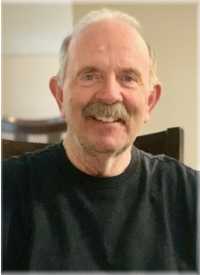 Son of the late John and Edna (nee Clement) Robinson, he was born and raised in Collingwood.

A standout amateur/university hockey player that included him graduating from the University of Waterloo with a civil engineering degree, he came to Barrie to play for the Flyers and work for Ainley & Associates.

He helped the Flyers win the Allan Cup and soon was managing Ainley's Barrie office.

He eventually started his own firm, R.G. Robinson & Associates, and continued there until retiring in 2007.

A proud Collingwood boy, he had a wide circle of friends in his adopted hometown among his colleagues/clients, the local hockey community (where he was a coach and power skating instructor) and the Barrie Country Club. Dad to John (Sandi), Peter (Jody) and Ashlee (Brock); and much-loved grandpa to Kiarra, Alexa, Grace, Isabella, Mya, Logan, Mackenna, Paige and Charlotte. Brothers, Don (Cathy) and Doug (late Suzanne) Robinson survive him; along with many nieces and nephews.

Predeceased by his siblings, Marie and Arch Risebrough, Katherine and Jim Dance, Marlene and Son, Robinson, and Shirley and Dennis Robinson. Funeral to take place at Collier Street United Church in Barrie on Wednesday, August 3 at 1 p.m.

The family will receive anyone who would like to drop by after at the Barrie Country Club in the Trillium Room starting at 3 p.m. for a Celebration of Life.

Ron's family would like to express its gratitude to the staff at Amica for treating him in such a dignified manner, especially in the last few months.

In lieu of flowers, donations to the Alzheimer Society or the Hospital for Sick Children would be appreciated by Ron's family .