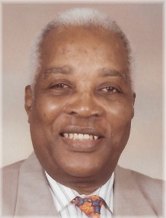 It is with much sadness and very heavy hearts that we announce the passing of Kenrick (Ken) Williams at the Scarborough Health Network – Birchmount Hospital.

He also leaves behind numerous nieces, nephews, friends and his family at Church of St Andrew Anglican, where he was most recently a reader. Through the many years as a member, he served his church in several capacities. He was also a very ardent member of Masonic Elim Lodge where he previously served as Imperial Potentate.

After graduating from Kingston Technical High School in Jamaica, Ken enjoyed a very rewarding career with the Jamaica Information Service. He migrated to New York where he held several positions in the banking industry. Upon migrating to Canada, he enjoyed a long career as a Special Constable with the Ontario Provincial Police.

Ken will be fondly remembered as a loving, kind, generous, mentor and friend. His faith and positive outlook on life will continue to inspire us.

The family would like to thank the staff at the hospital who cared for him during his very short illness.