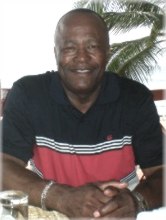 MCLEAN, Glennel Alvin - 75, passed away on April 8, 2021 after a valiant battle with cancer. He was lovingly referred to as Glen by those who knew him.

Glen was born on March 17, 1946 to Millicent White McLean and Nathan (Mark) McLean in Trelawny, Jamaica.

He was a hard-working, force of nature that was determined to provide for his family and give them the life he felt they deserved.

His family meant more to him than anything else in the world, and the laughter of family and friends made him smile from ear to ear.

Glen met his wife, Sandria Brown-McLean, in Brampton, Ontario, Canada, and they were introduced by Sandria’s Brother-in-law, Lionel Beadle. Glen and Sandria were together for thirty-six years and married for thirty-one years. They created a loving family and enjoyed every minute of raising their family together. He was unendingly proud of wife and his children.

Glen’s laughter, generosity, kindness, and easy-going demeanor made him a bright light that will be sorely missed by all who knew him. He will be grieved by his family in Canada, Jamaica, England, America, and St. Martin.

On behalf of the family, we would like to thank Glen’s doctors, Dr. Trudel and Dr. Delgado, for their diligent care and compassion, as well as his nurses for their care and support: Myrtle, Jaswinder, Ana-Kay and Victoria.

The family requests that all flowers and notes are sent to the family home.

Donations can be made to Open Arms Church of Jesus Christ.

There will be a private Celebration of Life service at twelve thirty in the afternoon on April 24, 2021.