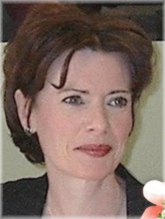 Susan is survived by her husband of 45 years, Mike Murphy, her sister, Mary Jane Cripps and her nephew, Alex Walter (Sarra).

She was predeceased by her father, Millard Borden Cripps and her mother, Jean Isobel Cripps.

Susan obtained her Honours Degree in Journalism from Carleton University in Ottawa and managed a community radio station in Fort Simpson, Northwest Territories, where she was also a dispatcher for a small airline and a supply teacher.

She flew with her husband all over Western Canada, from Prince George, BC to Inuvik, NT, surviving the harsh winter, with temperatures as low as minus 50 C.

Moving back to Ottawa, she joined the federal government and spent her career specializing in trademarks and was part of an award-winning team that pioneered Working from Home (WFH) 30 years ago, long before it became ubiquitous in the COVID environment.

In her late 20s, Susan took it upon herself to become very fit and did so by becoming a power walker. Friends could not believe how far and how fast she would walk, every day, year-round.  Whether it was from the government complex in Quebec, opposite Parliament Hill, to her home not far from Carleton University or, later, from her home near Yonge and Finch to College Street downtown Toronto, a distance of about 14 kms, she did this in about 2 hours.

Susan loved animals, watching screwball comedy films, and discussing more modern ones, especially those with a political angle.  She was the life of any party, the centre of attention and always, when not power walking, dressed, coiffed to the max.

Donations to the charity of your choice would please Susan to no end.