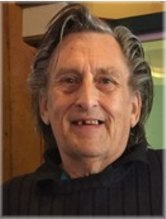 STEWART, Courtney John - It is with great sadness that we share the news of the passing of Courtney John Stewart of Richmond Hill.

Courtney passed away at home with his family on September 6, 2021 at the age of 82 after a battle with cancer.

He is survived by his loving and devoted wife, Hazel of fifty one years, his daughter, Tracey and her husband Mike and granddaughter, Tamara.

Courtney moved from Northern Ireland as a teenager with his parents and became a house painter like his dad. His work led him to vast experiences painting buildings all over Ontario.

His career ended with over 20 years as a loyal employee, painting for Exhibition Place in Toronto.


It would be difficult to find a harder worker than Courtney. When he was newly married, he worked a full day and then worked late hours building the home that he would eventually die in 51 years later.

Courtney had a great sense of humour and loved to tell a funny story to make us laugh. Although he didn’t like socializing in groups, he was very friendly and kind.

You will be in our hearts and memories forever! Thank you for teaching us kindness, love and a strong work ethic and for reminding us of the importance family vacations. You will be greatly missed!

We would like to express our sincere gratitude to the doctors, nurses and PSWs who cared for him and helped to support his wishes to die at home.

A private family service will be held

Donations may be made to the Canadian Cancer Society.