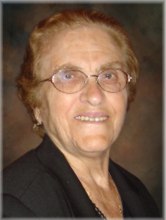 Known lovingly as “Rosina,” she was born May 20, 1927 in Puglianello, Benevento, Italy to the late Maria Antonia Franco and Giuseppe Porto.

In 1960, with her husband Giovanni and two older children, Carmina and Joseph, she arrived at Halifax harbor after a long sea voyage across the Atlantic.

They settled with Giovanni’s extended family in Toronto, eventually moving to Montrose Avenue where Rosa lived for over 54 years.  With siblings dispersed across three continents – Australia, Europe, and South America, her 1995 trip to Australia to visit siblings, Guido, Pasquale and Maria, was a highlight of her life.

She was a confidant to many who trusted her authenticity and appreciated her sound and measured advice. Her family was always her priority and she loved them all deeply.

In addition to her parents, Rosina was predeceased by her husband of 58 years, Giovanni Mongillo, whom she married on December 7, 1947, her brothers Pietro (Italy), Antonio (Venezuela), Pasquale, Guido and sister, Maria (all of Australia) and her beloved daughter Carmina Marinelli (Toronto).

For those who would like to honor her memory with a gift, the family requests that donations be made to the Heart and Stroke Foundation or Alzheimer’s Society of Canada.