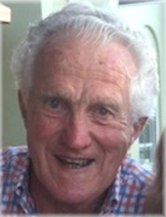 BEATON, Frederick Thompson “Fred” - At the age of 84, of King City.

It is with much sadness and heartbreak that we announce the passing of Fred on Thursday, September 23, 2021 after a short illness.

Born to a coal mining family in Cape Breton, he moved to Ontario and started his sheet metal business, settling in King City with the love of his life, Betty.

Fred was a pillar of the community and he will be remembered for his contribution to the lives of many.

He was the recipient of numerous awards to recognize his devotion to helping others including the Lifetime Achievement Award for volunteerism from the Township of King, the Melvin Jones Fellow, and the Helen Keller Fellowship.

Fred was an active member of the King City United Church, and the Lions club.

Fred he is survived by Betty, his wife of 62 years; son David, and daughter Nancy. Predeceased by his son, Paul.

Also survived by, grandchildren Shaun, Tannis and Hillary, great-grand daughter Estelle and many nephews and nieces including Ruth, Margaret and Tinishya.

The family would like to express their thanks to the wonderful staff at Cortellucci Vaughan Hospital.

Donations in lieu of flowers in Fred’s memory may be made to the Canadian Hearing Society if desired or the charity of your choice.