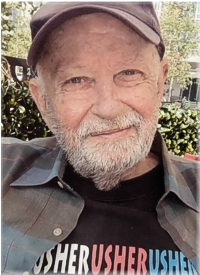 CHRISTIE, Joseph Paul   -   Paul Christie, aged 84, passed away peacefully at home on October 4, 2021 in the company of loving friends.

Paul was the son of Evangeline Booth Christie.

He was born and lived in Toronto but for a period in his youth when he lived in London.

While working as a bookseller there, Paul cultivated a passion for theatre in the West End, as he did throughout his life at venues in Toronto and New York and throughout North America.

Paul's knowledge of the performing arts was peerless, and he unconditionally supported the careers of generations of emerging actors, singers and writers.

Paul served as Court Clerk then as a court reporter with the Ontario Ministry of the Attorney General for some thirty years. His work ethic was unparalleled.

Among other honours he was awarded the Ellen J. Vezina Trophy for excellence in 1984.

In Paul's second act he worked for three decades as part of the front of house team at various Toronto theatres, principally at the Elgin-Winter Garden Theatre.

In that capacity Paul connected with theatre-goers of all ages, greeting "his" patrons with a welcoming smile, program at the ready.

Paul was held in the highest regard and was respected by his colleagues throughout both of his careers.

Paul was a devoted uncle to Brandon and Darrel and was the most faithful of friends. He exemplified grace and compassion.

He was witty and unfailingly optimistic and we, his extended family of friends, miss him deeply.

To Paul we say - thanks, and thanks; and ever thanks.

A gathering to celebrate Paul's life and to scatter his ashes at Toronto Necropolis will follow.