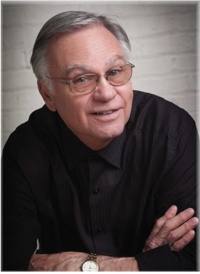 WILLIAMSON, Thomas "Garnet"   - Passed away peacefully, at Markham Stouffville Hospital, on November 21, 2021, at the age of 81.

Survived by his sisters Sue and Gloria (Howard).

Garnet was an auto racing and boating enthusiast but he derived his greatest joy from spoiling his grandchildren.

He will be greatly missed.

Donations in Garnet's memory may be made to the Breast Cancer Society of Canada.